By Kaivan Adjedani and Tiffany Lam. On Saturday July 9th, the Evergreen Brickworks was host to a brand new concept in Toronto, an immersive day-long music event aiming to touch and heighten all human senses. Named Senseless, it hosted a refreshing and innovative musical lineup along with entertaining experiences on the sidelines. While it lacked in diversity and could have extended to more sensations, the event’s inaugural party did not leave attendees displeased.

Sight: There was definitely lots that pleased the eyes at Senseless. The venue was an excellent choice; a rustic, creative, eco-green warehouse space like the Evergreen Brickworks was a unique choice as well as large enough to comfortably fill a ton of people and a handful of mini attractions. The open concept allowed for lots of natural light and easy access across the venue. The crowd was vibrant and emotive, as usual. Many of the little attractions set up on the sidelines tempted the eyes as well, from food to drinks to artwork to laser lights and visuals. A number of unique art installations were set up around the venue and through an alleyway, but this seemed to be a typical exhibition already set up at the venue. The coolest experience at Senseless was the Virtual Reality experience that eweb360 hosted using the Google Tilt Brush with the HTC Vive. This complimentary experience allowed attendees to get lost in their 3D reality world and literally paint it as desired through the look in their lens for about 5 minutes. 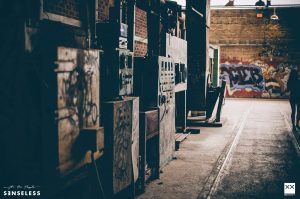 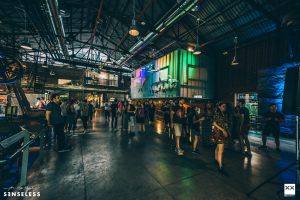 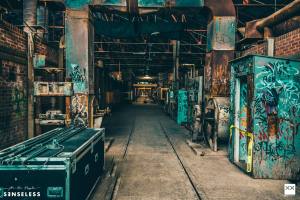 Feel: When it came down to the sensation of touch and feel, Subpac took over. Set up at the back of the main room, representatives handed out custom wearable bass packs to curious visitors. These packs were directly hooked up to the soundboard by radio frequency, which gave you an extra kick in feeling the music’s vibrations through your body. The heightened feeling of bass against your back or chest was really an immersive and mind-stimulating sensation, especially with eyes closed. 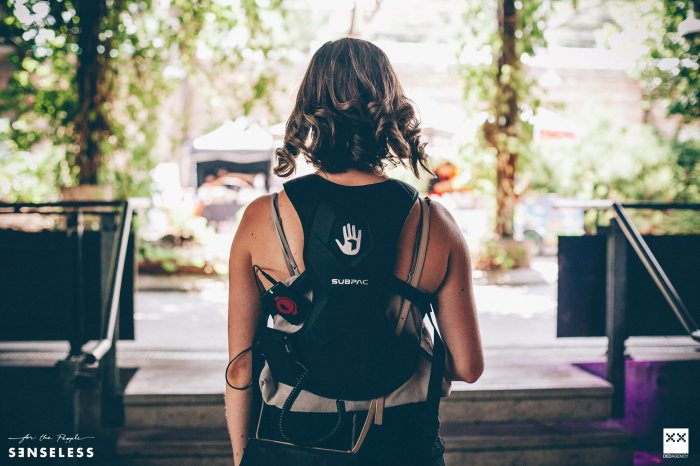 Taste: There were many appetizing food options set up at Senseless to please the taste buds. Most were served in small portions which, although maybe a little pricey, was great if you wanted to try more than one to fill your stomach. Due to an uneasy stomach that day, I opted for the safer choice of penne from Queen’s Pasta and I could say it was miles better than any Italian I’ve had as of late. Of course, without resistance, I splurged a bomb churro ice cream cone a bit later on.

Smell: Besides the food, there was not much appealing to the nose at Senseless; nothing particularly drew my smelling senses to wander curiously. No uniquely pleasant, nor unpleasant, odor was to be found anywhere on site. Next Senseless, I hope for more gourmet foods with better aromas. Better yet, perhaps an aroma therapy meditative booth. 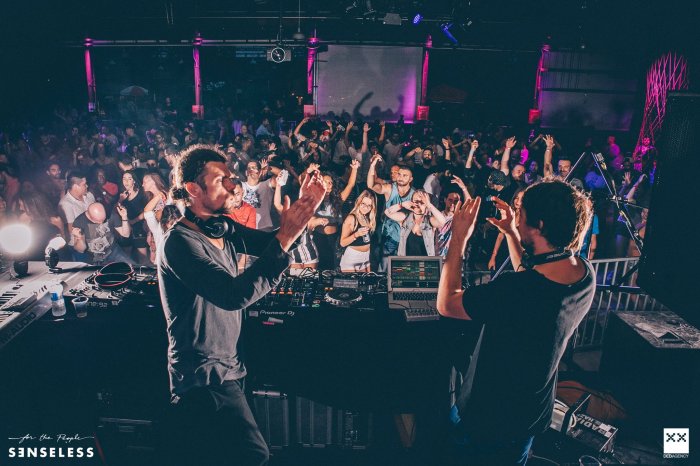 Sound: Lastly, needless to say the most dominant sense at this event was the sound, the music. Senseless’ music experiences were divided into two stages, a main stage with a couple ‘rarely in Toronto’ acts and a small stage with a some local acts. Despite the second stage supporting mainly locals, it was located in a different enclosed room and drew in a surprisingly large crowd for the space.

The main stage was kicked off by Rodriguez Jr, who played a live set for the crowd. His set was nice and bouncy, but had a kick of acid to match the warehouse vibes happening at this event. Following him were Scissor and Thread chiefs Frank & Tony. Even at such a technologically innovative event, the duo showed that sometimes retro classic is way to go, with their vinyl set. Putting on one of the best performances of the day, Frank & Tony had the crowd grooving and moving through much of their set. An innovative mention goes out to Frivolous, who then played a live set using kitchenware and live vocals that resonated through his music. A strong contrast, but another solid performance nonetheless. Honourable mentions needed for Nitin and Maher Daniel, who provided stellar beats and proved that sometimes all you need is two proper tracks and a mixer to thrill a crowd.

Closing the night off in the main room was Tube and Berger. The duo mostly threw out a multitude of greatest hits as opposed to playing more potentially unknown or new music to the audience. Regardless, their set was able to get the crowd moving and grooving. Their choice to play the most recent Ten Walls track a week after Toronto’s Pride Month/Week was however a strange surprise.

While the first Senseless was an overall success, I’m excited to see what next year’s Senseless decides to bring additionally in terms of sensations and experiences. 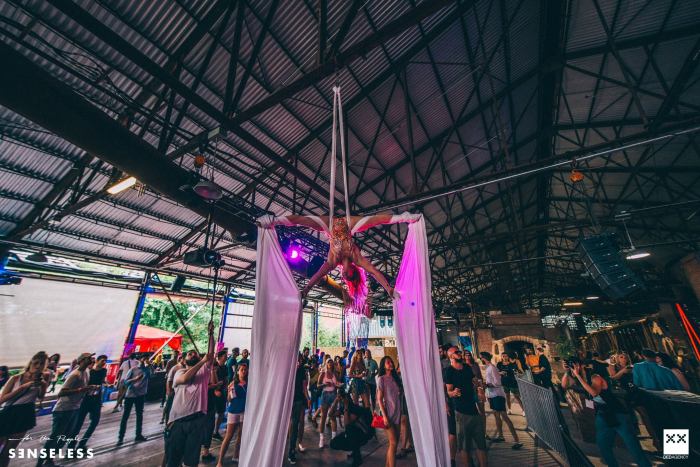