Last Saturday, HARD Presents (the same guys that brought you Holy Ship) brought in the Go HARD Tour to Toronto’s TD Echo Beach. Although very wet and rainy, the day welcomed to the stage acts Eric Prydz, Dillon Francis, RL Grime, Destructo and more. In case you missed it, check out our top highlights that summarize the day below! 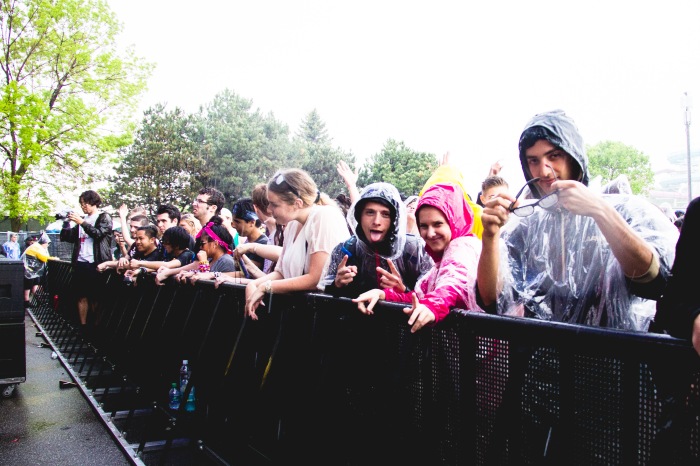 A massive heavy rain shower came down during TOKiMONSTA’s set, which although pushed a lot of attendees to leave the stage area for shelter, the majority of the crowd stuck around and danced through the torrential downpour. Thirty minutes of non-stop pouring rain had gone by and we were soaked more than ever, and with all our camera gear getting drenched as well, we almost contemplated leaving. While we fought it and sought for shelter under patio umbrellas in the VIP area to watch her set, the crowd of attendees didn’t seem to care much of the rain; instead, many visibly embraced it and danced away. I guess it’s clear to say Toronto will always go hard, no matter what. 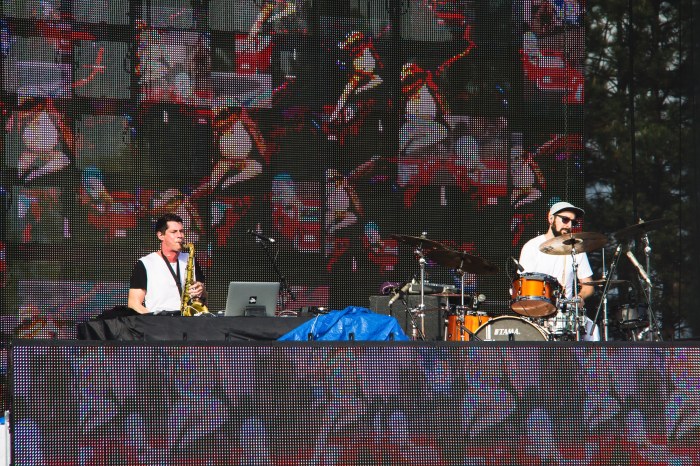 Soon after the rain came the sun, just as Dominic Lalli on sax and Jeremy Salken on drums began their live show. The combination of their energy and the emerging warming sun instantly brightened everyone’s mood and clearly energized the crowd. The duo communicated and involved the crowd in cheers, and Lalli’s saxophone skills were exceptionally wowing. In all honestly, we have to admit we weren’t familiar with Big Gigantic before Saturday and were a little surprised to find out they were playing after TOKiMONSTA. But now having heard their set, we’ve both come away impressed and new fans. Playing an awesome set that combines house music with hip hop and jazz, it’s only a matter of time before this duo takes on world tours.

Having already seen Tokimonsta, RL Grime and Eric Prydz before, we were most excited for Destructo’s set at Go HARD. Having heard so many good things about Destructo live over the past few years, the bar was set high for Saturday and on the day (and night at the AP) he fully delivered. While Captain D may have just released his debut EP a few summers ago back in 2012, he’s been touring and DJing longer than both of us have been alive, and experience-wise, it showed. Known for his energetic and dark tech house sets, it was clear Toronto was glad to have him back in the city to kick off the summer. A personal favourite of the day, we can only hope he’ll be back again shortly.

As the sun set and darkness took over Echo Beach, Dillon Francis kept the party going on with the night’s most ridiculously vibrant and visually captivating set. As electronic music’s biggest “troll”, his wacky persona was most definitely reflected in his incredible visual show. Some highlights included crazy hi-def emojis, floating Picard heads, tacos, cats, and best of all – Dillon himself jumping around in a Mario game. Dillon’s visuals paired with each other perfectly to get the crowd hyped up with his memorable electro house set. Late enough in the festival came big smoke machines, adding another dimension to his visuals as bursts of high-powered smoke shot out to the crowd. 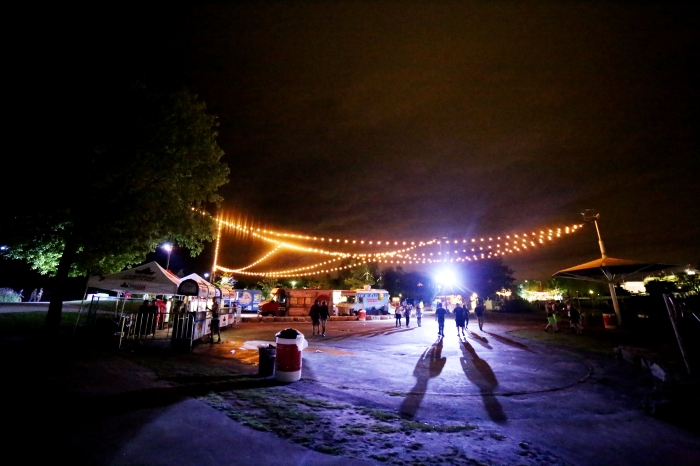 One of the bigger problems with festivals (particularly when the weather turns) is just how long the lineup to get in can get, and no one likes waiting for hours at the gates while hearing artists they paid to see. While the weather certainly got out of hand, INK, Live Nation as well as the TD Echo Beach staff were able to accommodate for the drastic change in weather and keep everything moving along smoothly. Security was also stationed to direct at the Ontario Place entrance, for those who struggled finding the entrance to Echo Beach. The venue itself was easily accessible both by TTC and close enough to downtown that cabbing and UBER were both viable options while walking, for the bravehearted at least, was too.

If you thought the night was over once Eric Prydz finished his set with a rousing rendition of his latest single ‘Generate’ you were in for a rude surprise. While the crowd and DJs may have vacated the premises of 909 Lake Shore Boulevard West by midnight, they had also taken the party with them to the Official Go HARD After Party at Tattoo. A small, intimate venue more suited to three-hundred person shows rather than hosting festival headliners who were now making their way in, the night could not have ended on a higher note. As predicted, it was packed. TOKiMONSTA kicked the AP off with a filthy Jungle set that had the whole crowd groovin’ before Destructo hopped in on a b2b that had even the most seasoned of dancers breaking new ground on their respective shuffle games. Another hour later, RL Grime joined him on the decks and soon enough they were blasting dirty hip hop remixes. All the Drake dropped had the 6ix residents going wild. The After Party lasted well into the night and it was a treat to hear these three artists come play a unique DJ set, taking more liberties with song selection and playing some fun weird non-festival shit.

As far as food and beverage was concerned: if you hadn’t loaded up on cash before the festival you were definitely in for a rough time. The festival bar menu read: water 3$, any other beer ~10$. At ten dollars a widemouth beer can, it was a pretty tough sell – one of the most expensive we’ve seen yet. Drink options were limited and not so easy on your wallets – your money was better off spent at one of the food trucks on-site. Fortunately, the chilly wet weather meant that drinking wasn’t as essential as it might have been had the festival taken place a sunnier day.