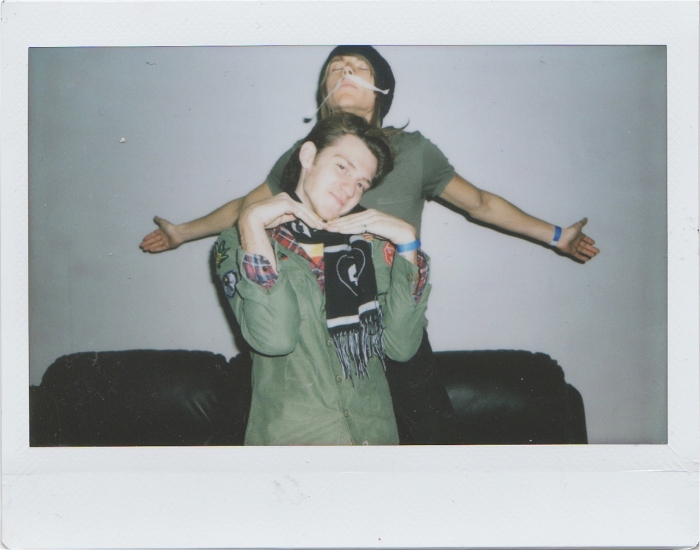 Into The Crowd was recently able to sit down with two of the bands from the famous 8123 family, This Century and Nick Santino & The Northern Wind. Nick Santino has been journeying throughout the states having recently released his solo project. This Century’s 2013 album, Biography of a Heartbreak, has been wonderfully received in the music community and the Arizona quartet seems to be doing quite well as independent artists. We sat down to talk to Joel Kanitz and Nick Santino about their current and future plans for their music!

What direction are you taking with your music?
Nick: Kind of just whatever comes out. Honestly, I don’t really have a destination. It’s just whatever happens.

Do you think you’ve finally found your sound in Biography of a Heartbreak or do you think it might change again with the next album?
Joel: I wouldn’t say that we’ve completely landed on a definitive sound but I would say we’ve gotten closer to what our general sound would be. Things could very well change with the next record; It’s just depends on where we’re at, at the time as people and what we want to write. 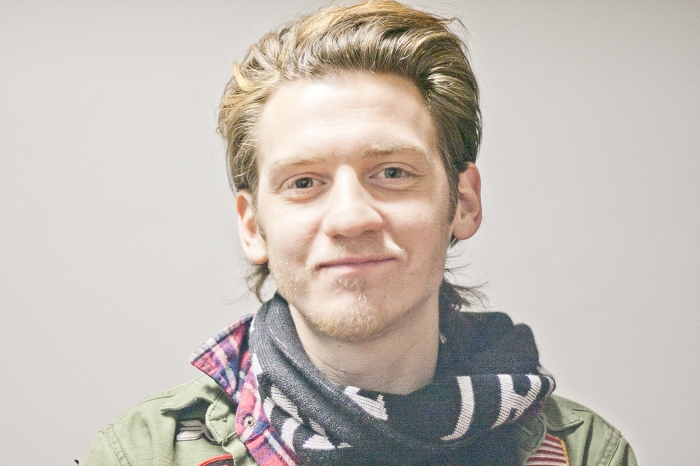 How has the transition from being signed to 8123 been?
Nick: It’s been pretty good. I mean 8123 is a management company and 8123 has some perks of like a label vibe to it. It’s that family vibe that (record) label was kind of lacking was lacking at the end. I’m definitely more free; I can do what I want without them getting mad or telling me what to do. It’s a good transition. I like it so far.

You guys have a TC family. Are you planning to spread your music to different places, maybe around the world?
Joel: We’re big on the international stuff. It’s basically, our whole thing is, wherever people want to hear our music we will go. As long as there are enough people for us to actually go there. The Philippines is a good example of the whole TC Family thing. It was a very organic way that it kind of came about. A lot of the fans were requesting songs on the radio and that allowed us to finally go over there. That’s kind of been the approach to other countries. We’re always looking for opportunities to grow the TC Family in other countries and overseas. 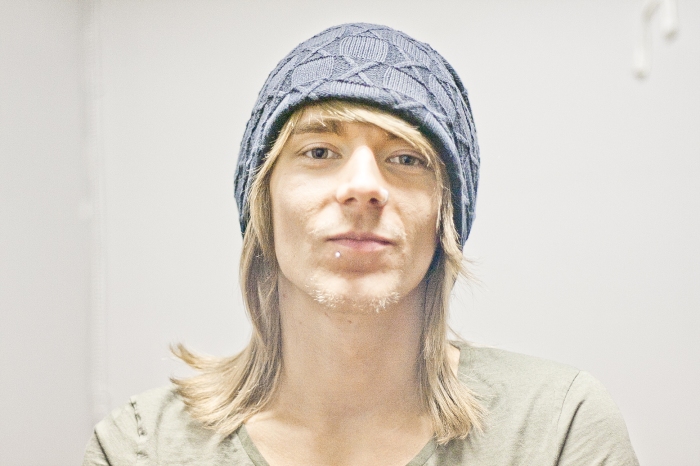 Are you guys going to plan a tour overseas in 2014?
Joel: Yeah, that’s the plan. The trickiest part is finding a promoter who will bring us over, especially in the countries that we’ve never been to. They’re kind of taking a risk by bringing us over. But yes, we’re planning on doing a couple countries that we’ve never been to before this next year.

This is your first North American tour as a solo artist. Does it feel different touring by yourself?
Nick: Yeah, it’s kind of lonely but not in a sad, depressing way. You just kind of miss having a couple guys to share the stage with, but I like it. I feel like I can say what I want and have the freedom to do what I want, which is cool. I only have to answer to myself for right now, which is nice.

We know you’re good friends with Debby Ryan and you have collaborated with her on a cover, “We Are Never Getting Back Together”. Can we expect another collaboration in your future endeavors?
Nick: Probably not with Debby. She has a record coming out as far as I know, that we wrote together and I wrote like half of it with her. I have some ideas for collaborations with some other artists and other female artists. I’m always down to sing with friends.

I know that you were on a label before. What are the pros and cons of being on a label and being independent?
Joel: The pro is basically just one thing. Being on a label, in the situation that we were in, it’s like having a rich dad who really couldn’t care less about what you do. They will give you the money to do what you want to do but they don’t really invest too much personal interest in what you’re doing. In the long run, it’s really hard to feel appreciated and I think that’s kind of the situation that we had. Our buddies in The Maine had the same thing. Being off a label is a lot more liberating and having the creative control that we do is for me personally, I prefer it.

Since you dabble in production, will the next This Century album be self-produced?
Joel: Yeah! I’m glad you brought that up. We are aspiring producers, especially Alex and Ryan. They’ve been deeper in the production world but yeah, we would love to self-produce an album. That would be the ideal situation. It’s just a matter of us getting there as far as our knowledge base and being able to do it. We tend to be kind of creative control freaks so that would be really cool. It’s something that we’ve been thinking about. 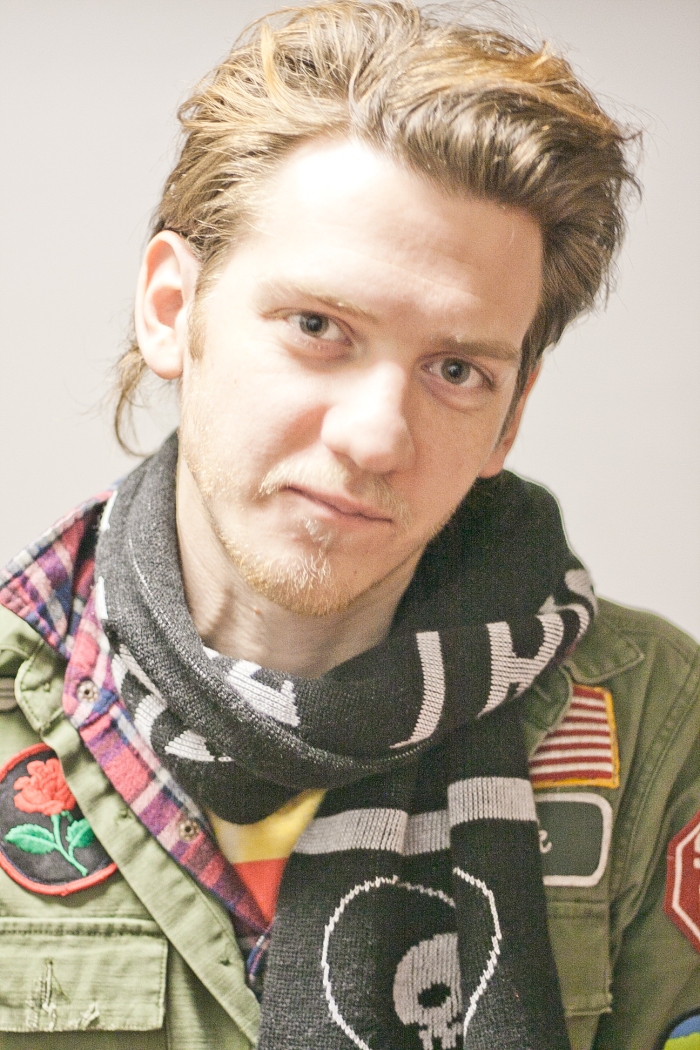 So Nick, how did you come up with The Northern Wind?
Joel: (jokingly) He farted.
Nick: I wrote it in my iPhone notes. I remember being on tour with All Time Low in 2010. I was sitting in the van and for some reason I though, if I ever go solo…I don’t even remember how it came about, I just thought The Northern Wind was a cool name and I’m from Boston so it’s technically the north in the states. I play kind of like a folky, southern style of music I guess and it kind of has that folky name without saying The Southern Wind because I’m not from the south. It’s just kind of came about and I’ve always said that if I do anything, I want it to be called the Northern Wind.

Are there any pros and cons to playing alone?
Nick: Cons is you’re kind of lonely. You have to think about everything to say in between songs and if you mess up, you’re the only one that messed up. You can’t blame it on anybody else. The pros though are, it’s just fun. You can be a little bit more honest when it’s just you. You can really tell the story. When you hear it from one person, it’s a lot more believable than when you hear it from four people. I like it though. It’s cool.

What’s your favorite album release of the year (2013)?
Nick: Either Paradise Valley from John Mayer or the self-titled Civil Wars record
Joel: I don’t listen to as cool of music! I love this band/church called Hillsong. I really like this record by Hillsong Young & Free; it’s called We Are Young & Free. They have really well-written songs and it’s fun. It always puts me in a positive mood.

Nick Santino will be joining The Maine on their east coast acoustic tour and This Century will be hitting the road this spring with We The Kings.