Fresh from the Evergreen State, a synth-pop trio The Flavr Blue is going to take over Seattle local music scene. From playing their first show within a year ago, the band got the opportunity to kicked off Bumbershoot Music Festival this year and released their debut EP entitled Bright Vices yesterday on October 15. Kelsey Hall got the chance to chat with the band on the first day of Bumbershoot. You can read the interview below and read the article here.

ITCM: Do you guys have any hometown heroes from Seattle?
Parker: Jimmy Hendrix, Kurt Cobain and Macklemore
Hollis: Ray Charles and Felicia Loud

ITCM: Do you have any future album plans?
Hollis: We’re going to release our newest EP called Bright Vices on October 15th.

ITCM: What advice would you give to any local band out there?
Parker: Focus on your music, focus on the music you feel represent you and that you’d share with anybody and then with everybody.
Issac: Of course people would be like make good music, duh! Just literally do that and then see what happens. See if people react to the music. I feel there’s like a recipe people will think how it will work and it’s just not true. It has to be based off of liking the music that you’re putting out.

ITCM: How does it feel like to play Bumbershoot?
Hollis: We’ve all gone to Bumbershoot so many times and being able to play Fishergreen at the start of this festival was such a privilege and it was hot and there was so many people there that hadn’t seen us performed before and people were really excited. It was the perfect way for us to kick off a festival expereince.

ITCM: You guys got a very unique nam, who came up with your bands name?
Issac: A guy named Pete. Me and Parker were working on a project that spawned this project. We had a song called “Blue Paper” and one thing lead to another and The Flavr Blue was born.

ITCM: Is there any reason that you guys took the “o” off “flavor”?
Hollis: We weren’t the first ones to come up with the name and there were couple so we took the O out for you!
ITCM: What age did you decided that making music was what you wanted to do with as a career?
Hollis: I was about 24. I feel like I’ve been doing music for a very long time. It took me a big mental effort that what I wanted to do was to make music. I knew that I was going to make music for the rest of my life but to prioritize it meant everything to me. After many years of making music, in order for something to happen, I had to make that decision.
Parker: You can’t ever wait for that transation to make sense. It was a hour glass thing, where you know all the sand is gonna end up in the bottom but you just keep hoping. I kept a foot in the door and after awhile, I was like “dude all you ever do is make music even if you tell yourself you’re not,” it was more a shift in perception.
Hollis: I remember having a conversation and I was getting a little frustrated that my words weren’t coming out right. I just started saying “All I really wanna do is art. I just wanna make music and do nothing else but make art.” 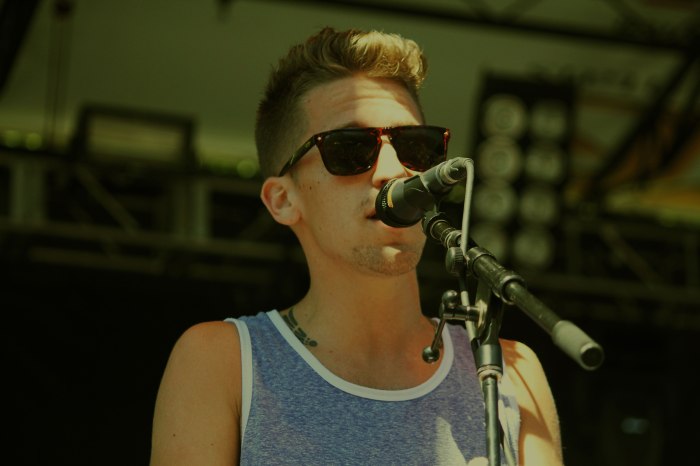 ITCM: Where do you want to be in a  year as a band?
Parker: Here again but maybe in other cities doing the same thing that Bumbershoot represents. We want to focus on the steps to get somewhere not where to go.
Hollis: I think we’ve been building since we started. Our first show was in December (2012). It was such an achievement that not even a year after our first show, we were able to open up Bumbershoot. We just want to keep working that hard. We’ve gotten more confident in the way we step on stage and in the studio so mainly just building that confidence.Listen to their song “Hideaway” below: